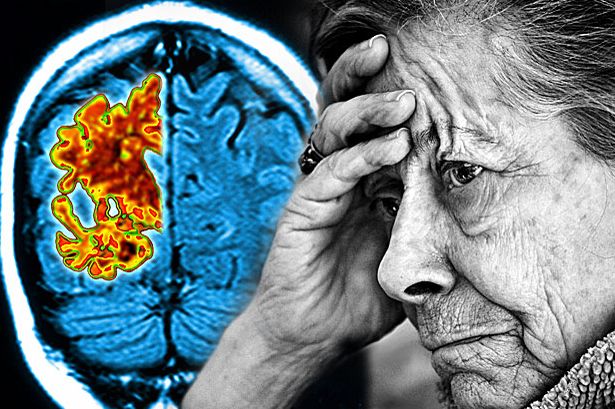 Traditional endocannabinoid biochemistry holds that there are two main endocannabinoid receptors while others exist as candidates. The two most studied cannabinoid receptors in the human body are the CB1 and CB2 receptors. Customarily, we are taught that CB1 receptors are located within the central nervous system (CNS) and CB2 are expressed outside the CNS in peripheral systems like spleen tissue ((Lynn and Herkenham, 1994) and immune cells.

The CNS is the brain proper. The cells and nerves coming and going from the brain within the spinal column are still considered “central” until they synapse with intermediate nerve cells located within the spinal cord. Once the intermediate cells synapse (communicate) with peripheral nerves such as motor and sensory information leaving and arriving (the spinal cord), that branch becomes part of the peripheral nervous system or PNS.

Since 1996, scientists had been unable to isolate CB2 receptors in the CNS. They insisted that only CB1 receptors were in the CNS based on the available data. That all changed about a decade later in 2006. We now know that there are CB1 receptors all over the body both centrally (brain) and peripherally (everything else).

There is now compelling data that demonstrates things are not quite so neat and tidy with the CB2 receptor either. There appear to be CB2 receptors located in numerous regions within the CNS including both structural and immune type cells, and in myocardium, gut, endothelial, vascular smooth muscle and Kupffer cells, exocrine and endocrine pancreas, bone, reproductive organs/cells, and in various tumors. 1

The newly discovered CB2 receptors within the CNS are “inducible” under conditions of injury and inflammation. That means they can become powerful anti-inflammatory cells in the brain when exposed to injury. In contrast to CB1 receptors that have limited clinical applications due to their potent psychoactive nature, the CB2 receptor system provides fertile ground for drug research.

While this may not sound very interesting, it throws a wrench into the cogwheels of endocannabinoid pharmacology while opening new vistas for drug development. For example, it’s not as easy to explain all brain effects including psychiatric disorders on CB1 receptor behavior. Scientists now have another player to consider, the centrally located CB2 receptor.

In 2006 Onaivi et al, published Discovery of the presence and functional expression of cannabinoid CB2 receptors in brain, in Annals of the New York Academy of Science.

The implications are important clinically. The authors noted:

We have reported the discovery and functional presence of CB2 cannabinoid receptors in mammalian brain that may be involved in depression and drug abuse and this was supported by reports of identification of neuronal CB2 receptors that are involved in emesis. Thus, contrary to the prevailing view that CB2 CBrs [cannabinoid receptors] are restricted to peripheral tissues and predominantly in immune cells, we demonstrated that CB2 CBrs and their gene transcripts are widely distributed in the brain. This multifocal expression of CB2 immunoreactivity in brain suggests that CB2 receptors may play broader roles in the brain than previously anticipated and may be exploited as new targets in the treatment of depression and substance abuse. 2

Emesis and drug abuse? That’s right, it would be from the tight embrace of dopaminergic neurons mingled with opiate mu receptors. For example, the opiates such as heroin frequently cause nausea and vomiting when ingested because heroin stimulates not just opiate receptors but also dopamine receptors in an area of the brain that triggers vomiting called the chemoreceptive trigger zone (CTZ). It appears that CB2 receptors are also located in that area. CB receptors are intertwined with dopamine and opiate systems among others. This helps to explain why marijuana helps with nausea.

Dopamine is also thought to be a key player in the reward system which reinforces drug addiction. A NIDA study published in the prestigious Proceeds of the National Academy of Science, Cannabinoid CB2 Receptors in Brain Reward Systems, researchers were able to show that CB2 receptors were located in the ventral tegmental region of the brain. This is an area known for its role in drug addiction and reward.

Activation of these receptors caused a reduction in cocaine self-administration by mice, suggesting a role for these receptors in modulating reward from cocaine. These findings suggest a new target for both understanding how cocaine acts in the brain and for developing effective treatments for cocaine addiction. They also provide insight into the role of the brain’s natural receptors for chemicals found in marijuana and suggest the need for additional research to understand the role these receptors play in normal brain functioning and abuse of drugs. 3

CB2 RECEPTORS IN NEUROINFLAMMATORY CONDITIONS OF THE HUMAN BRAIN

Neuroinflammation is a hot topic. Rightly so because we all stand ever-greater chances of developing one of these ailments as we age. It plays a role in scores of diseases such as: MS, Alzheimer’s disease (AD), Parkinson’s disease (PD), Huntington’s disease, viral encephalitis, ischemia, and traumatic brain injury.

Glial cells are the brain’s immune cells. When they become activated from any of the diseases mentioned above (and many others) they secrete numerous chemicals called cytokines and chemokines. These events are part of the immune response, but when exaggerated may have detrimental effects on neuronal function. Often leading to neuronal injury with further glial activation and, ultimately, neurodegeneration. It’s an “overreaction” to a noxious stimulus with overproduction of chemokines and the like which can migrate and injure normal cells in a process called the “bystander effect.” While we need some inflammation for proper immune function it becomes a source for disease when these systems become over activated.

Here they found upregulation (an increase in the activity and number) of both CB2 and FAAH. FAAH, as you recall, is the enzyme responsible for the degradation of anandamide and possibly other analogues of THC. These were found to be protective responses to injury. Hence the increased expression of CB2 receptors in the CNS in response to injury is an anti-inflammatory riposte.

Presently we have three endocannabinoid neuroprotective actors participating on the stage of neuroinflammation as highlighted (in bold) below in quoting Benito et al, in Cannabinoid CB2 receptors in human brain inflammation:

As previously mentioned, this participation would include, in addition to the known neuroprotection exerted by neuronal CB1 receptors, glial CB2 receptors and FAAH. Both proteins seem to be significantly upregulated in microglial and astroglial cells, respectively, in areas of active neuroinflammation. Among these, β-amyloid enriched neuritic plaques in AD, infiltrative areas in viral encephalitis and regions of active demyelination in MS show marked increases in CB2 and FAAH levels of glial expression (reviewed by Benito et al., 2007c). 4

AD is the number one cause of dementia in the developed world. In the US, you stand a 50/50 chance of developing AD by 85 years of age. The risk increases further still as one ages past 85. In 2001, more than 5 million people with dementia live in European countries, and more than 4 million people were affected in the US alone. A 100% increase in the number affected is expected in developed regions by the year 2040 (Ferriet al., 2005). 5 At that point medical care expenses will probably bankrupt most country’s healthcare systems.

Other publications such as this one in the Lancet, the UK’s premier, peer-reviewed medical journal, show a slightly different picture but equally depressing:

It was expected that the developed nations were to be at the greatest risk. Why developing countries are at greater risk is uncertain.

The authors speculate on a possible role of the CB2 receptor in AD: CB2 activation could provide beneficial effects in AD through several mechanisms including a decrease in local, microglia-mediated inflammation, and an enhancement of beta amyloid plaque (Aβ) removal. Beta amyloid is one of the hallmarks of AD. Drugs that decrease the formation of beta amyloid have shown promise in treating AD.

Perhaps with enough research dollars poured into the system AFTER marijuana is rescheduled we will find a cure for what has been aptly called the most burdensome healthcare issue in the world.

What caught the team’s attention was the proliferation of CB2 receptors in the encephalitis induced by type 1-human immunodeficiency virus. This inflammatory process is the cause of acquired immuno deficiency syndrome (AIDS) dementia that affects at least 5–7% of AIDS patients per year, in Europe alone (Mollace et al., 2001). In its more advanced and severe form, the disease ultimately leads the patient progressing to a vegetative state (González-Scarano and Martín-García, 2005). 7

The above authors speculate that CB2 receptors might participate in the inflammatory response against viral infection of the brain by modifying the microglial production of inflammatory molecules (decreasing the bystander effect) and by controlling the entry of peripheral (immune system) cells into the CNS.

The applications for CB2 receptor agonists in treating this disease is being actively pursued by several drug companies.

The disease destroys the fatty covering on brain neurons called myelin. The myelin acts much like an insulator. With its destruction leading to the hallmark features of the disease: such as painful muscle spasms, tremor, ataxia, weakness or paralysis. All symptoms are thought to be the result of new lesions and expansion of old lesions at the CNS level as a result of myelin phagocytic (eating) activity carried out by certain immune cells. CBD oil has already been approved by the FDA for treating the pain and spasticity of MS.

The endocannabinoid system (ECS) provides a promising target for the development of new drugs for treating MS. Both animal and human research using THC, cannabis extract or Sativex (50/50 THC and CBD) produced significant reductions in neuropathic pain and spasticity. Previously, treatment of MS focused on CB1 activation. Results from these and other studies suggests that CB2 receptors are potential treatment targets for the management of MS. With this knowledge the probability of finding cannabinoid-based drugs devoid of undesirable psychotropic side effects for treating this disease now seems more likely.

Benito: In summary, cannabinoids are known to have a therapeutic effect in MS. New evidence suggests that the CB2 receptor could also be a pharmacological target, as its expression is increased in several cell types known to be directly involved in the pathogenesis of MS. The activity of microglia, astrocytes and infiltrated lymphocytes could be modified by the activation of CB2 receptors. 8

CB2 receptors have been found in several animal species in addition to humans. The fact that their expression is increased in both animal and human trials, by inflammatory stimuli suggests that they may be involved in the pathogenesis and/or in the endogenous response to injury.

Data obtained in vitro and in animal models show that CB2 receptors may be part of the general neuroprotective action of the ECS by decreasing glial reactivity. 9 It appears that upregulation of CB2 receptors is a common pattern of response to injury in human brains as well. Their presence in microglial cells suggests an important role in disease-driven neuroinflammation.