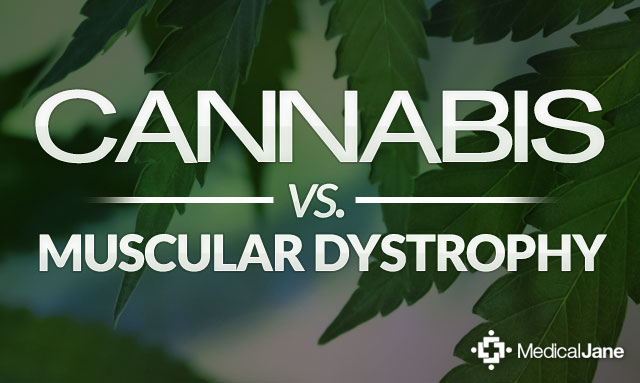 Muscular dystrophies refer to a group of diseases that result in progressive degeneration of muscle mass. There are nine major types of muscular dystrophies, each causing unique manifestations of muscular deterioration. Over time, some patients may have trouble breathing or swallowing, and some will lose the ability to sit up or walk. 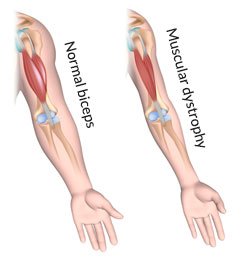 Muscular dystrophy is genetic.  Symptoms may start to develop as early as infancy or may not present until later in adulthood. Duchenne Muscular Dystrophy (DMD) is one of the most common types of the disease. DMD appears early in childhood and affects mostly boys. There is no cure for muscular dystrophy. In addition to exercise, physical therapy, and respiratory care, it is becoming evident that cannabis may help with the symptoms and complications of this disease.

Scientific studies on cannabis and MD are sorely lacking despite the fact cannabis has been shown effective against common symptoms of MD such as pain and stiffness. There is evidence suggesting it may help related conditions, e.g., amyotrophic lateral sclerosis, which has some similar characteristics, such as impaired movement and muscle loss. A 2010 study in The American Journal of Hospice & Palliative Care described how cannabis could potentially benefit ALS through the following mechanisms. At least some of these effects could theoretically benefit MD as well.

Formal studies have determined cannabinoids are effective against pain, one of the most destructive symptoms of MD. A double-blind, placebo-controlled trial in 2013 found even low doses of vaporized THC was effective for reducing neuropathic pain. An earlier randomized trial concluded that smoking cannabis three times daily reduced pain measures and improved sleep.

“Doctors and nurses have seen that for many patients, cannabis is more useful, less toxic, and less expensive than the conventional medicines prescribed for diverse syndromes and symptoms, including multiple sclerosis, Crohn’s disease, migraine headaches, severe nausea and vomiting, convulsive disorders, the AIDS wasting syndrome, chronic pain, and many others.” – Lester Grinspoon, MD, Emeritus Professor of Psychiatry at Harvard Medical School

The only study directly examining cannabinoids and MD is an article in Forensic Science. The abstract seemed to suggest that THC and CBD may benefit symptoms of the disease. Unfortunately, due to the article’s age, the full text is not available, leaving the researchers’ complete observations a mystery.

Despite these amazing properties, it is unlikely that cannabis extracts alone could eliminate every symptom of MD. All forms are genetically inherited or derive from spontaneous mutations in genes. For example, in DMD, a mutation prevents the body from producing dystrophin, a protein that helps maintain the stability of muscles. Inherited genetic defects are especially difficult to treat, but since cannabinoids have shown promise innormalizing the expression of genes, they very well may be able to treat the root causes of MD.

The scientific evidence certainly suggests that cannabinoids could help MD, but what really matters is how patients are responding. Numerous reports across the Internet suggest that patients are benefiting immensely from various cannabinoid therapies.

An article from a New Jersey newspaper described the experience of young Michael Oliveri. He suffered from tremendous MD-associated pain that numerous medications failed to relieve, so he used medicinal cannabis as a last resort. Oliveri said the medicine “miraculously improved” his quality of life, so much so that he knew he must say goodbye to family and friends in New Jersey to relocate to California to gain safe access to cannabis.

Dan Pope is a Colorado resident with MD. In a US News article, he stated that cannabis helps control his muscle spasms. It also makes his pain more tolerable. Another man named Patrick McClellan also reported that eating or vaporizing cannabis significantly reduces his muscle spasms and pain.

Medical Jane spoke with a patient in Florida named John who has myotonic dystrophy, a form of MD. He described the ability of cannabis to “turn down the volume” on his pain, while also helping him relax and go to sleep. John prefers indica-dominant strains, as sativa varieties can be too stimulating. Since indica strains generally have stronger effects on the body than the mind, it makes sense they would work better for MD.

The Future of Cannabis for Muscular Dystrophy

The scientific and anecdotal evidence clearly demonstrate that cannabis may be effective for some symptoms of MD in some people. More research into the use of high-quality cannabis extracts for MD is desperately needed and will almost certainly reveal additional benefits.